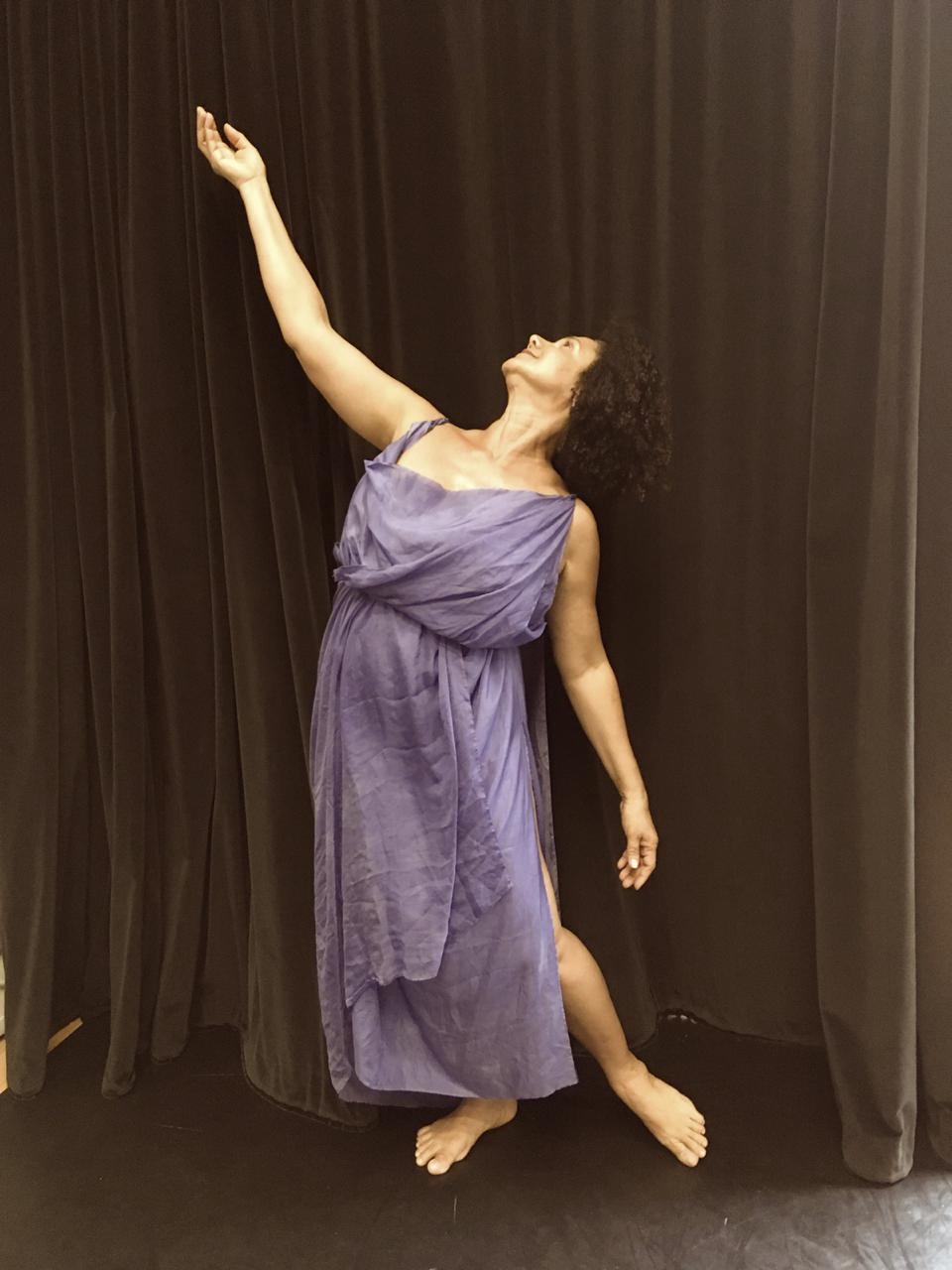 Leila Gomes, graduated in Physical Education from Jorge Amado University (UniJorge), teacher of modern dance and orixás dances. Pilates Instructor graduated from Phisio Pilates and Polestar Education (USA) She is a member of the Contemporary Ensemble since 2007, directed by Fátima Suarez, where she dances and does movement research based on Isadora Duncan's repertoire. Directs the studio "Casa do Pilates", She is producer and director of Mostra Ipitanga de Dance (MID). He signs the artistic direction of Cia do Meio and Studio EB.
Inspired by Isadora Duncan's repertoire of dances, Cia do Meio set up "Isa and Dora's Tea", a good-humored view of duncans dancers in old age.Minister modern dance classes inspired by the Duncan dances in Studio EB and the Growing project in Lauro de Freitas-BA, with children and for the elderly, in the project "The Wound of a Body".Participates in the choreographic concerts, "On the Path of Isadora" (2009/2011) Lori Berilove Fátima Suarez, Isadora Duncan, "Para Semper Isadora" (2012/1014) "Rosas do Sul" (2016) and "Isadora Vive ... in Bahia "(2017/2018) Participates in the Dance Day of Bahia with Direction of Fatima participating in workshops and coach with Lori Berilove. Participated in the workshop with the Contemporary Ensemble in 2015 in São Paulo with Janaea Rose Lyn and in 2016 as a member of the CID, participated with the Contemporary Ensemble of the International Dance Congress held in Athens and Pyrineus in Greece. In 2017 participated in the International Symposium of the technique of Isadora Duncan in San Francisco California, with the work "Lorindinho" and "Parabólica Camará" in 2016.