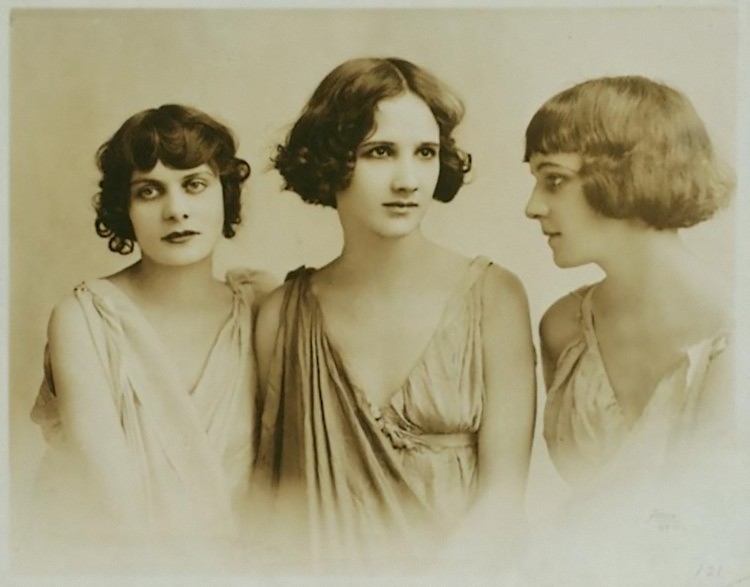 Erika Duncan, born Erika Lohman in 1901 in Hamburg, Germany, was the youngest of the Isadorables, only four when she joined the Grunewald school. By 1915 in New York, she was described in the Sun as “being the youngest, … also the most serious” (Kurth, Isadora, A Sensational Life, p. 329). She was the first to leave the group of the Isadorables, deciding in 1920 to end her career as a dancer, and to study painting with Wienold Reiss. Loewenthal (pgs. 83-86) describes Erika’s enjoyment of the beautiful, remote Connecticut landscapes where she lived, which often became subjects for her art. Devastated by Reiss’ premature and sudden death, Erika eventually converted to Catholicism. A productive and creative artist, Erika’s expression of ‘ecstasy’ once expressed in her dance was transferred to her religiously themed artwork. She was a reclusive, but successful artist.