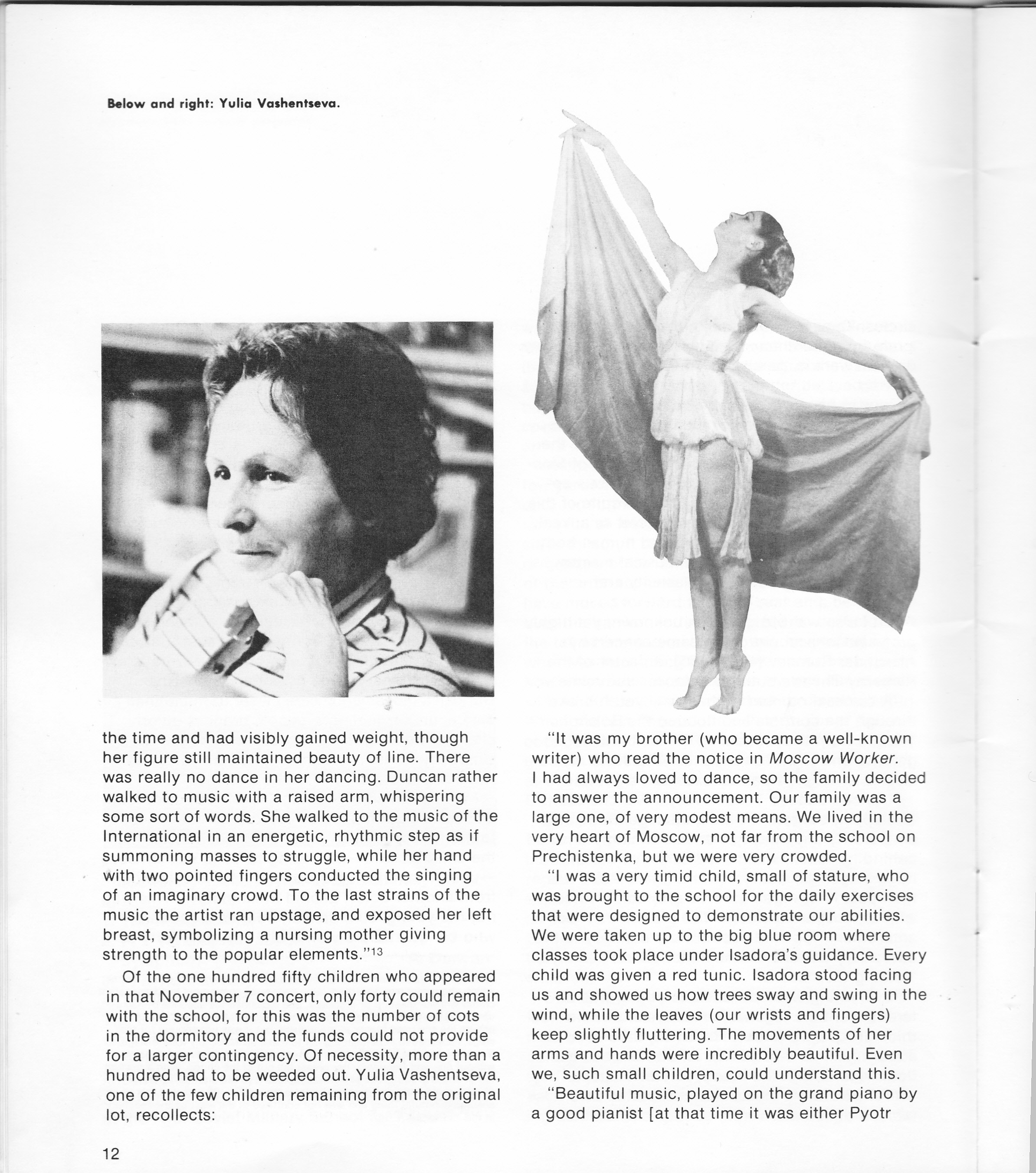 Yulia Vashentseva of the 150 children who performed with Isadora and Irma Duncan at the November 7, 1921 concert at the Bolshoi Theatre (which Lenin attended), only 40 could remain with the school at Prechistenka Street. Yulia was one of the 40 chosen to live at the school when it was officially opened on December 3, 1921. She describes each day: up at 7.00 am for a gymnastic class with Irma, cold shower, breakfast, academic studies augmented with lessons in English and French. After dinner an hours sleep, then a cup of carrot tea and then to the Blue Room for a 5.00 to 7.00 pm class with Isadora which began with listening to good music played by Moscow’s finest pianist. Then the lesson, with Irma demonstrating all the leaps and strenuous movements. Isadora was concerned with the spiritual side of dancing. We really danced music, not merely to music.